Debi, My Friend the Leader 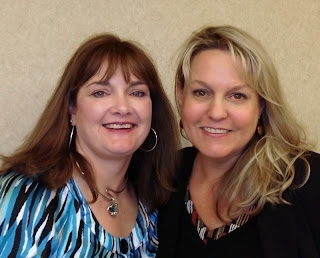 I have this amazing friend. We've known each other since high school. She came to Ole Main in North Little Rock, Arkansas in our junior year, and like me, she played the clarinet. And like me, she had a hurt knee that was wrapped up in a bandage that hot summer.

We first met on the field where marching band practice was being held in the dead heat of the summer before school opened. This small, blonde, wide-eyed girl walked up to me and I noticed she had a bandage on her knee.

She looked at me and with a crooked grin and a deep Southern drawl said “Hi, I’m Debi. I think I’m supposed to stand here.”

I scooted over and replied back, “what’s wrong with your knee?”

She told me she hurt it and I pointed to my bandaged knee. “Oh, me, too,” I cheerfully said, glad that I wasn’t alone, and quickly added “my name is Alicia.”

We became to know one another very well. She was third chair clarinet and I was fourth, then a few weeks later I was third chair and she was fourth. We switched back and forth like that our entire time in the band. I remember getting so excited when playing a challenging piece. With our fingers flying and breath in unison, every time we nailed that difficult section we would give a congratulatory nod of the instrument towards one another as we continued to play. No one noticed it and no one knew about it except us. That was our thing.

Should the director stop the band just after one of those times of success, a guttural “YEA” could be heard from the third row of the symphony. That would be us, the two somewhat-shy, yet friendly, pretty, young girls celebrating our victory. If we failed miserably during band practice, uncontrollable laughter would ensue followed by squawks and squeaks from around our mouthpieces. Ah yes, we received many a thunderous glare and ferocious sneers from Mr. Ramsey, but also hearty rounds of  laughter, the kind where he dropped his arms, threw his head back and laughed from his belly.

Music was a bond between Debi and I. We could harmonize the hell out of any Def Leppard or Journey song. Going to the lakes in Central Arkansas was also a shared activity. Often, a group of us would go, and sometimes it was just Debi and me. Once we got lost while Debi was driving and in an effort to turn around on a deserted two lane country road, we landed in a ditch head first!

Not a soul was around so we were a bit concerned about how to get this car out of the ditch so we devised a plan of action. That was how we operated, we always had a plan of action. Fortunately, a few minutes later we were helped out of the ditch by a couple of country boys and we made our way to a quiet, peaceful lake. I don’t think it was the lake we intended to go to, but we thoroughly enjoyed it anyway.

That’s what was great about being with Debi. You didn’t have to be anywhere specific to have a good time. After we graduated college, moved away from home, we started our own families, found careers and we made our own worlds. Staying in touch was challenging, so the Christmas card was always welcoming. As time passed, we discovered ways to reconnect. Our last visit we shared a weekend together. It was the most amazing time I’ve had with Debi since our friendship began.

Why was it so amazing? Because I got to re-discover what a beautiful, driven, funny, kind-hearted person she is. And that she is giving and kind to everyone she meets. But I learned something, too. She is more than smart, she is a brilliant advisor. She helped me through a life lesson that weekend and because of her I have a new perspective. I also learned not to mess with this small package of dynamite because she will cut you if you hurt her friends!

But seriously, other women told me how her advice was spot on and very valuable to them. They shared how much they enjoyed her positive energy and unique take on things. I shouldn’t have been surprised but this was a side of Debi I had not witnessed before, and frankly, she is a frikkin’ power house!! An exceptional leader and brilliant woman.

Debi is learning new things now and stepping out of her comfort zone. I can’t wait to see what she does. I want to be there when she does it... and give a congratulatory nod of my head and a guttural “yea!” 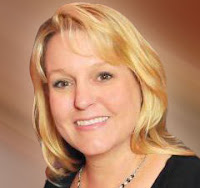 Dr. Debi Williams is a dentist in West Memphis, Arkansas and lives with her amazing husband Freddy (whom Alicia has known since she was 3), her two awesome kids and a plethora of dogs! Debi authored the book "The Greatest Leaders Do the Least" a self-help book on how to delegate, automate and regulate your way to success. Purchase your book on Amazon.com or visit her Facebook page at  www.facebook.com/DebiWilliamsAuthor

Alicia White, CEO of Back of the Room Productions™, helps Speakers, Coaches, Leaders, Politicians and Authors monetize their message every time they speak. Alicia is also the nation's first Back of the Room Speaker Branding and Marketing Materials Provider. Copyright 2013.